Washing your hands when there is no piped water

We all know that washing your hands after going to the toilet or before touching food is a proven way of preventing the spread of disease. But what if there is no running water?

The tippytap is a simple device that provides a stream of water and is operated without using your hands, which are probably contaminated. It is also well known that washing with water alone is much less effective than using soap, so the tippytap system includes soap as well. 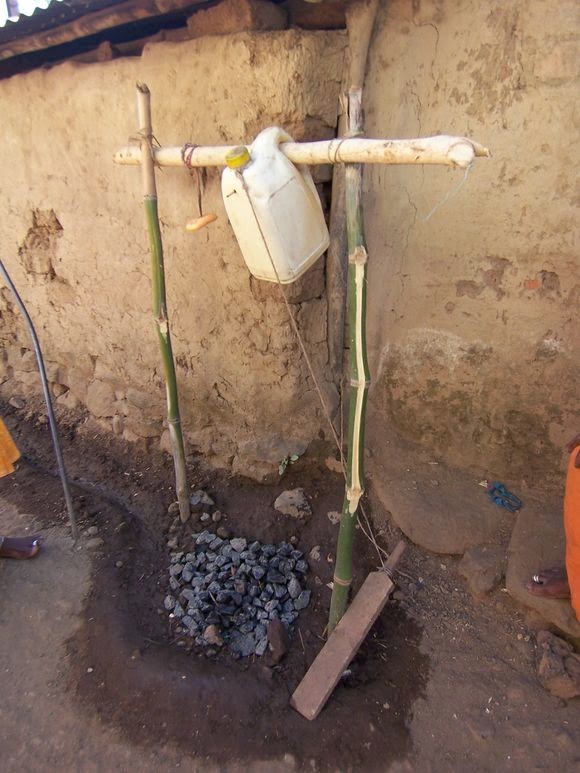 a typical set-up (photo by permission of tippytap)
All you need is some suitable tree branches, a plastic water container, some strong string, a piece of soap and the simplest tool kit ever - a nail and a candle.
The tippytap is in use in many places in Africa, India and the Caribbean. It is also useful in developed countries, for instance by scouts and guides on their camping trips.
Have a look at the tippytap website, where there is a wealth of useful information.

Pageant is encouraging Gambian schools and communities without access to piped water to install tippytaps, promoting hand washing and so helping to control the spread of diseases. Keep checking the Pageant website for news of where tippytaps have been put into use.