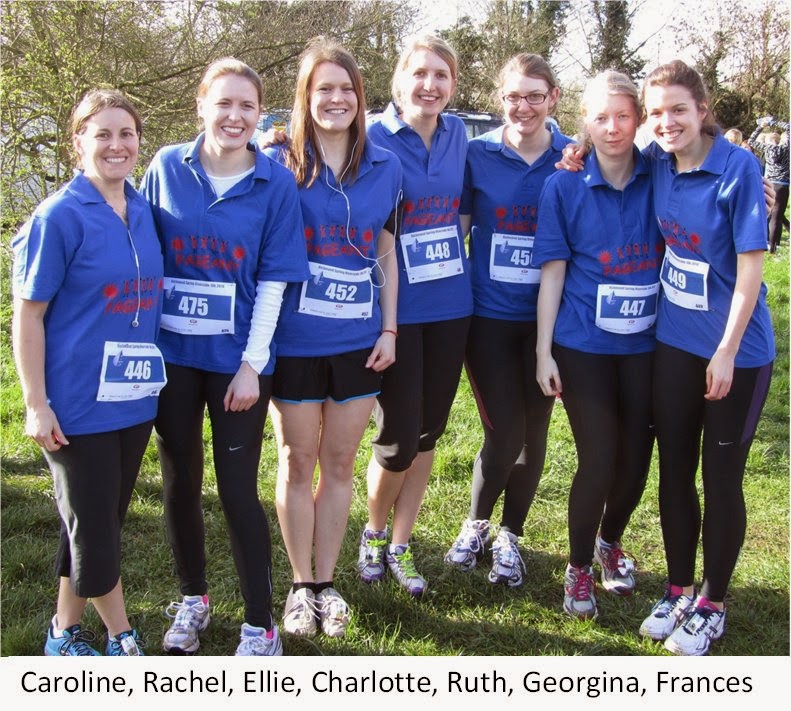 The Pageant Runners did themselves proud today and were worthy of the tremendous support they  have received from family and friends.  Sadly, Alice had injured herself in training, but the other seven members of the team arrived in good time, raring to go.  Alice had nobly come along to watch and support, as had several other friends and family members.  Mercifully the overnight rain had cleared away and it was bright, if rather chilly.  The first challenge came even before the run started - the queue for the toilets!

With around 1,000 runners, the start was staggered and our team were in the third group of four. 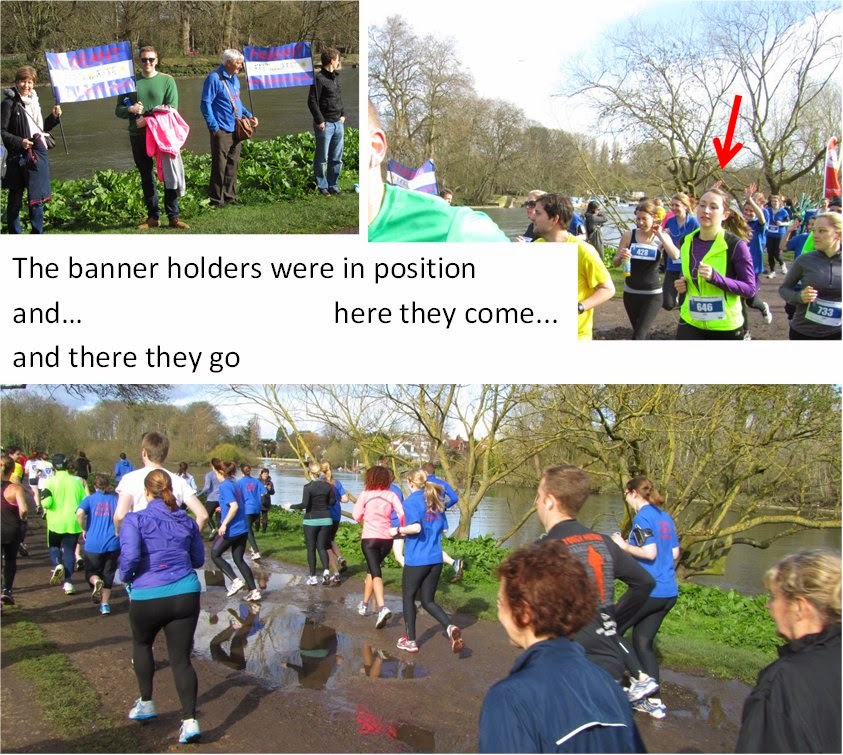 Some of the supporters went off to around the 8Km mark to cheer them on their way – and then catch them again as they neared the finish.

At the time of writing this I am not sure of all the final times, but I believe that four of the team finished in under an hour – brilliant!  You all did so well and thoroughly deserve your medals. (Charlotte is missing from the photo below, as she went home before it was taken, to look after an injury she picked up during the run – we all hope you are feeling OK now.) 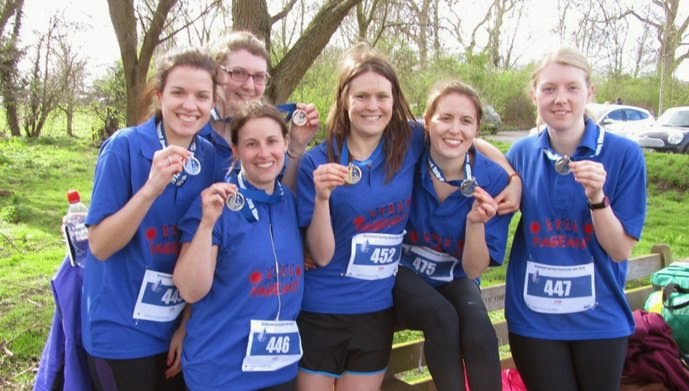 Thank you all so much, team, for all the training and effort you have put into this, and thank you, too, to all your wonderful supporters.  The Gambian schools and families that you will be able to help with the amazing amount you have raised will be, as they would say themselves, highly grateful.


We are looking forward to our Gambian trip in April, when Frances, Caroline, Rachel and Ellie will be coming out to give sports, maths and art sessions and materials to several schools – I wish that all members of the team could be coming… next time, maybe.  Don’t forget to keep an eye on the blog between 7th and 18th April to see what is happening .


A very brief outline of our last two weeks – sorry it’s a bit late, but blame the intermittent internet (and my lack of staying power!!) Oh, and in addition to paying out sponsorship, we were also giving out letter forms on which the children write to their sponsors, and taking new photos of children as well…  I would not like you to think we were slacking!!  I have limited myself to one photo per day - very difficult...
Sat 15th Feb
Bakau and nearby area – sponsorship paid out for 15 children 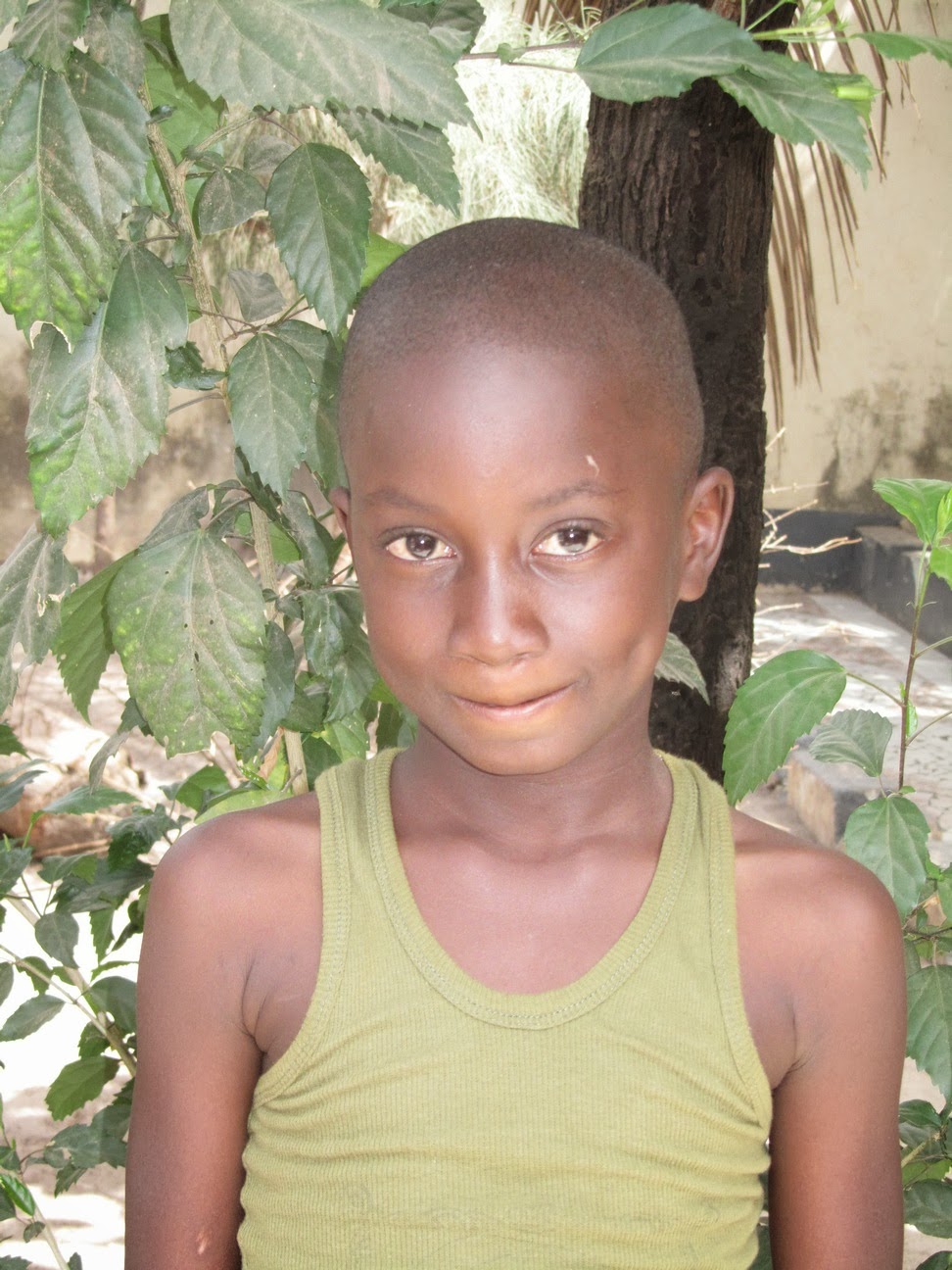 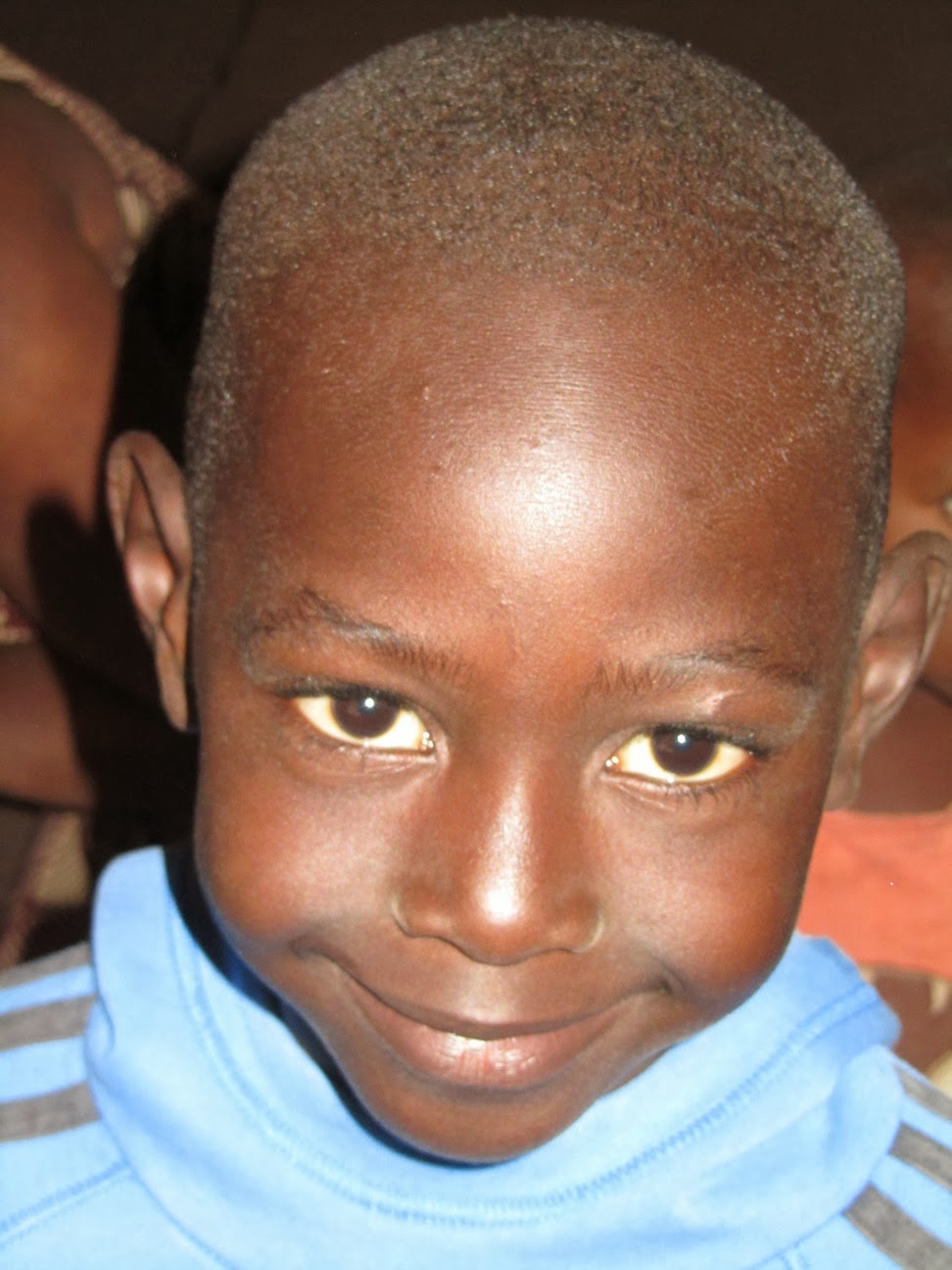 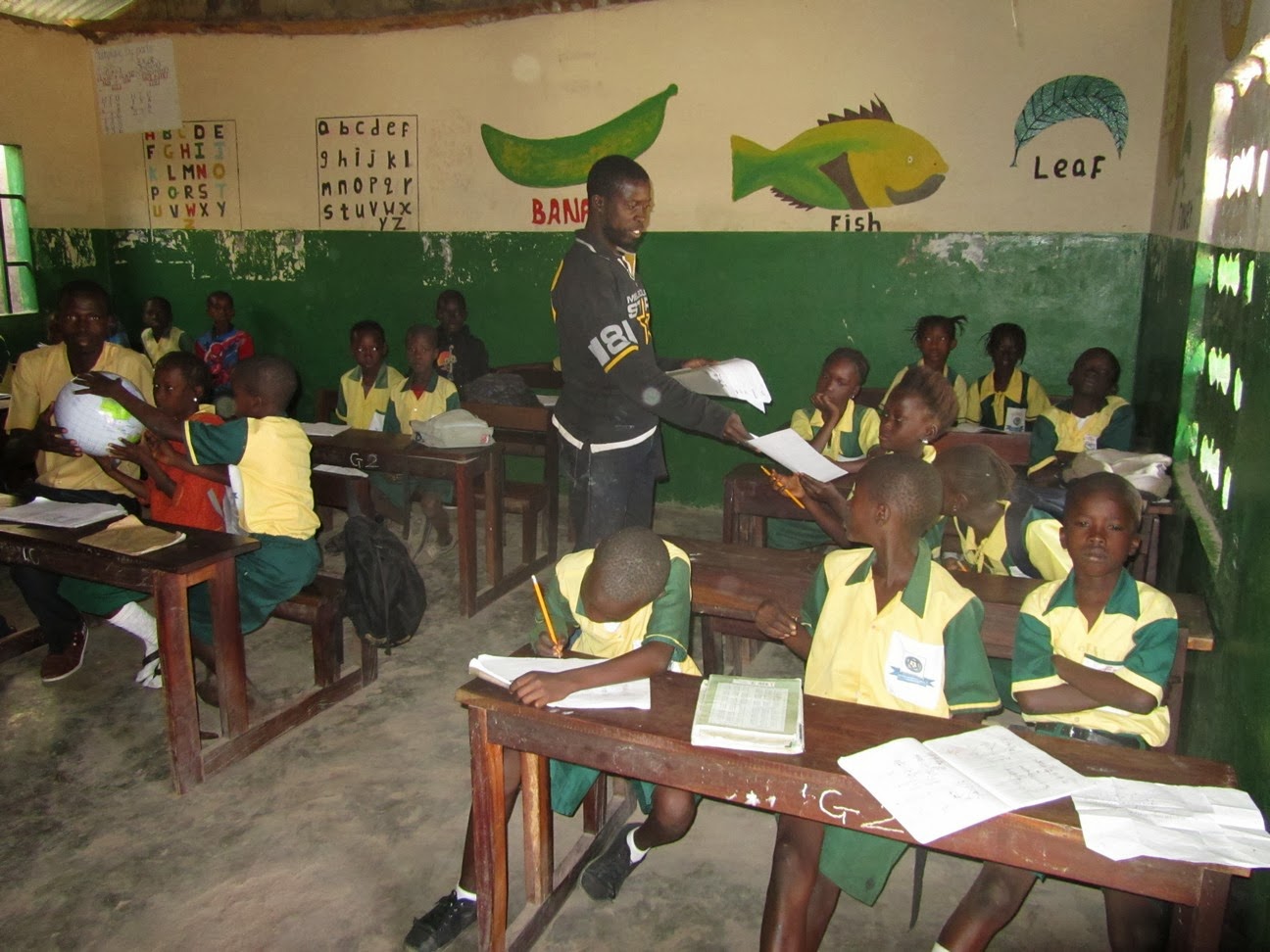 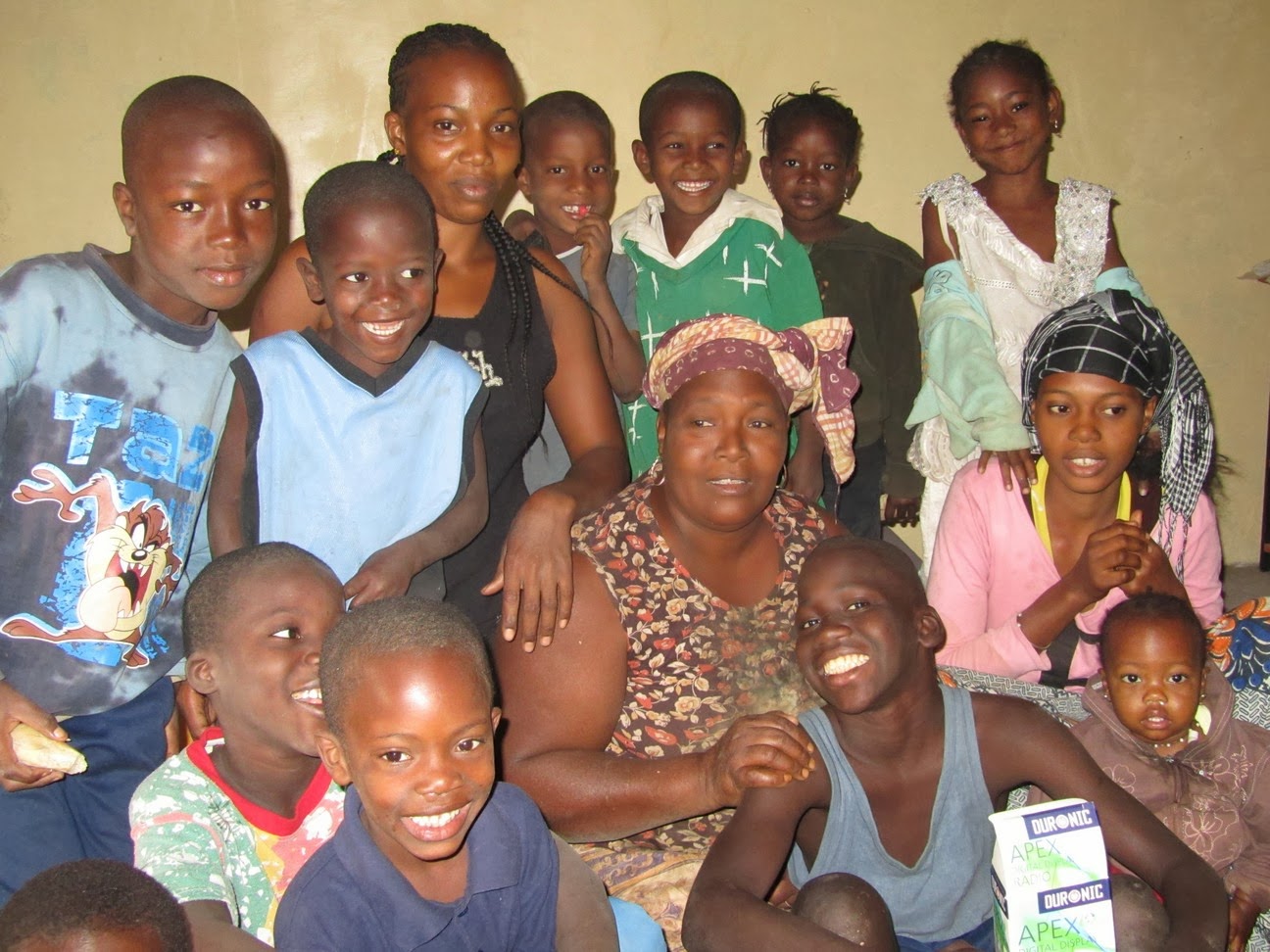 Wed 19th Feb
Fajara, Cape Point, Kotu and Bakoteh – a morning of NOT finding people (Anna at MRC, Gibbi at Cape Point and Modou at Kotu).  However, we still managed to pay sponsorship for 6 children, visited the YMCA learning centre, 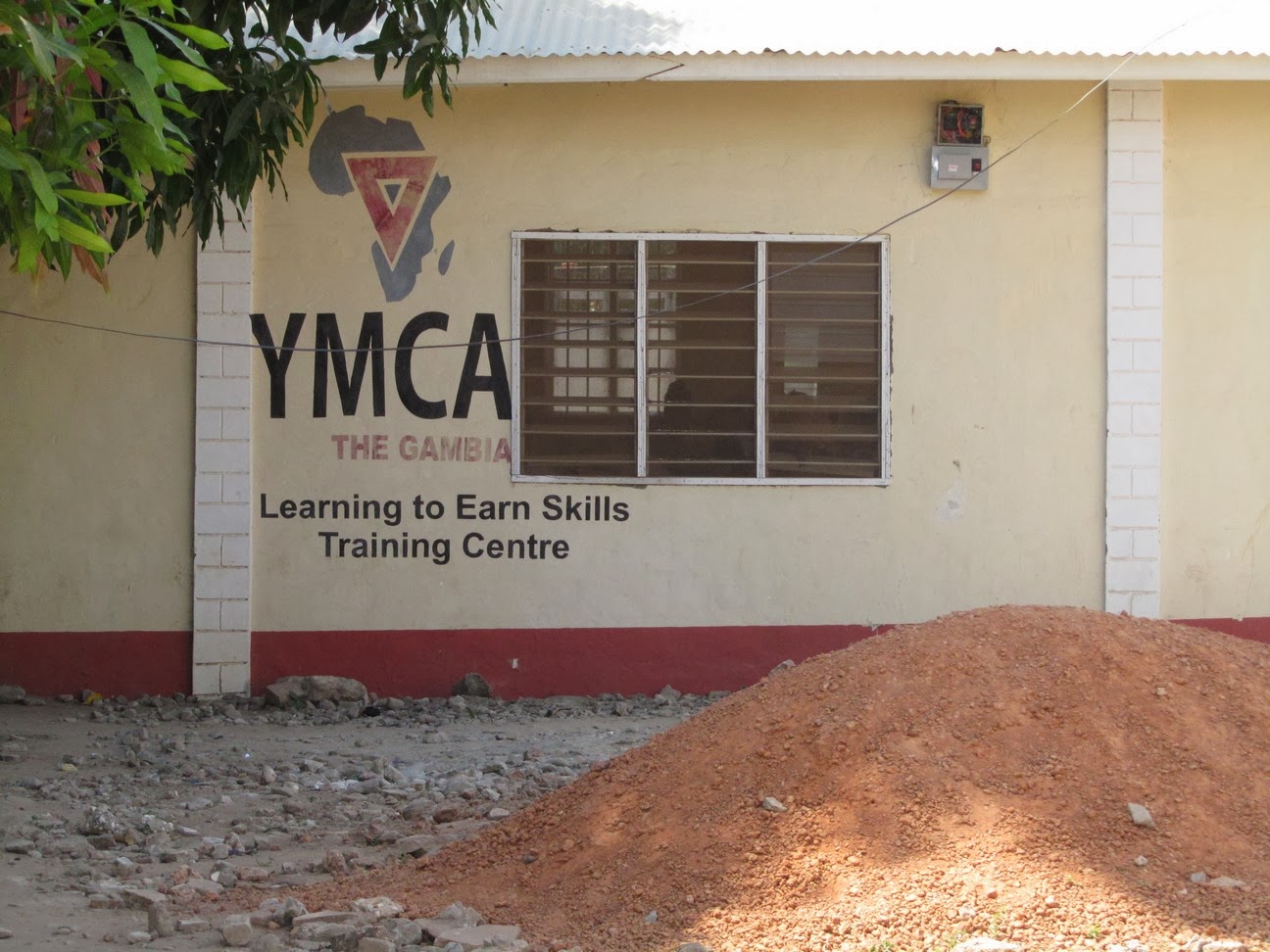 sorted out University fees for another student and ended up at Billy’s for a late (4pm) lunch.  Wandifa and Abdoulie tucked in heartily but Ian and I could only manage one (huge) sandwich between us.
Thu 20th Feb
South Gambia day – we visited St Francis UBS, Banyaka LBS (letters and gifts from 2 UK schools here), Gunjur LBS, Siffoe and then came back via Mindaw UBS (where we arranged to do a practical microscopy class session in April) and a couple of family compounds in Busumbala.  In all we paid sponsorship out to 18 children. 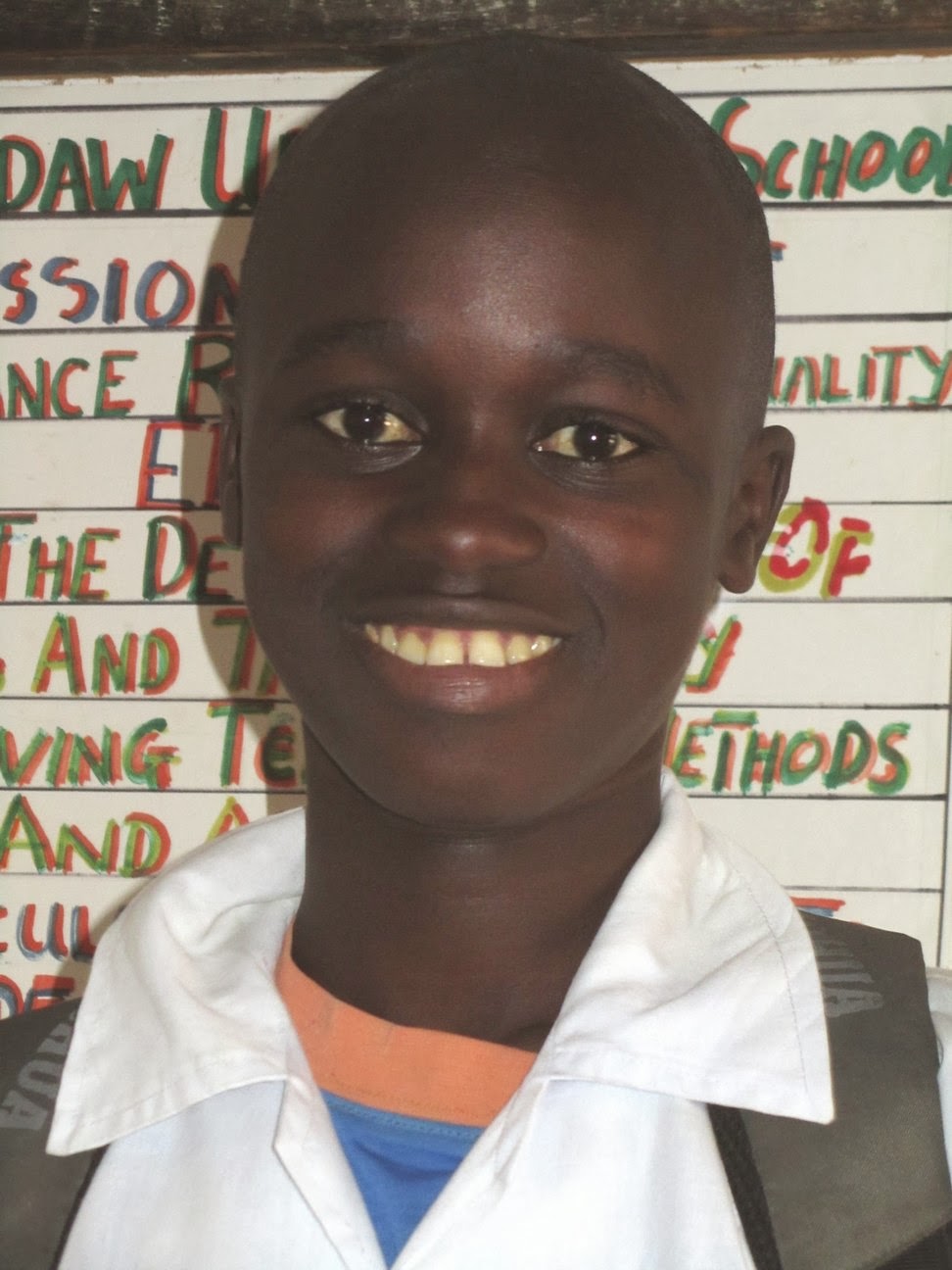 Fri 21 Feb
Banjul day: we visited a new (to us) nursery school in Banjul – Unity Daycare and Nursery,  No children there as it was mid-term break, but we arranged to go back next week.  Visited Albion LBS and were surprised to find Tom and 2 other teachers there from Westdene Primary School in Brighton – we had not realised they would be there.  Had discussions re school funding with Albion Headteacher, Elisabeth, and then went to Albert Market to buy some ethical gifts – cooking pots & bowls, thermos flasks, and finally a huge sack of 40 family size mosquito nets, to take up-country with us on Monday. 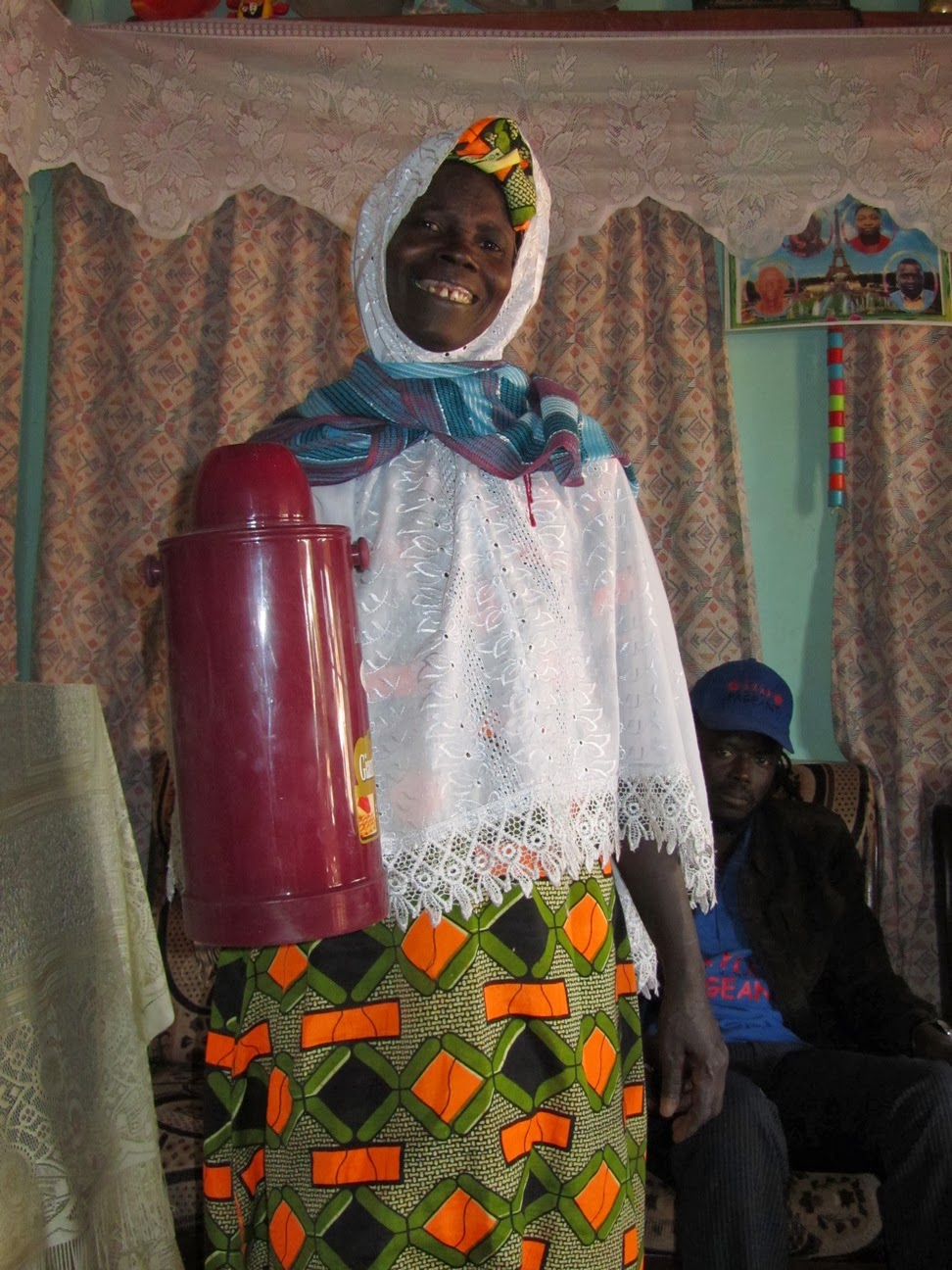 Sat 22 Feb
Serrekunda and Kanifing - sponsorship paid out for 9 children and bought some more ethical gifts – watering cans and small buckets for women’s gardens (like our allotments). 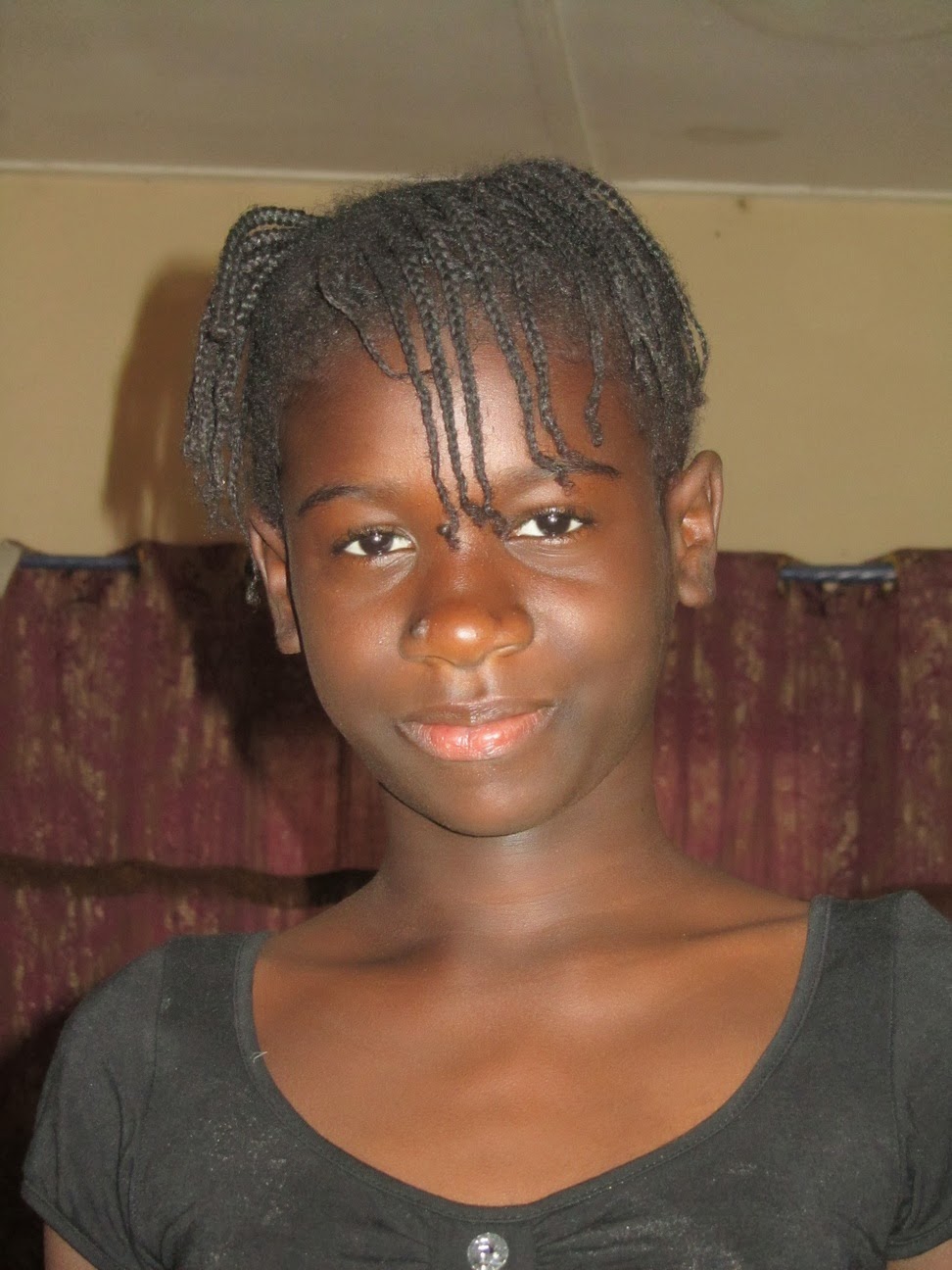 Sun 23 Feb
Jambanjelly & Brikama:  Esther’s dresses day!  We collected Esther and Mike from their hotel – Esther and a group of friends had made 170 dresses for little girls and had also made shorts and donated shirts for little boys (about 40 in total).  We went to the north side of Jambanjelly first, which is where our ladies loan group is based, and gave out about one third of Esther’s goodies – such excitement, and the children just kept coming!  We repeated the whole thing at the south side of Jambanjelly, and then at Baba’s compound and surrounding area in Brikama.  What a success – Esther and her friends should be delighted with the result of all their hard work, as the children and their families were so thrilled.  In amongst all this we managed to pay out sponsorship to 9 children! 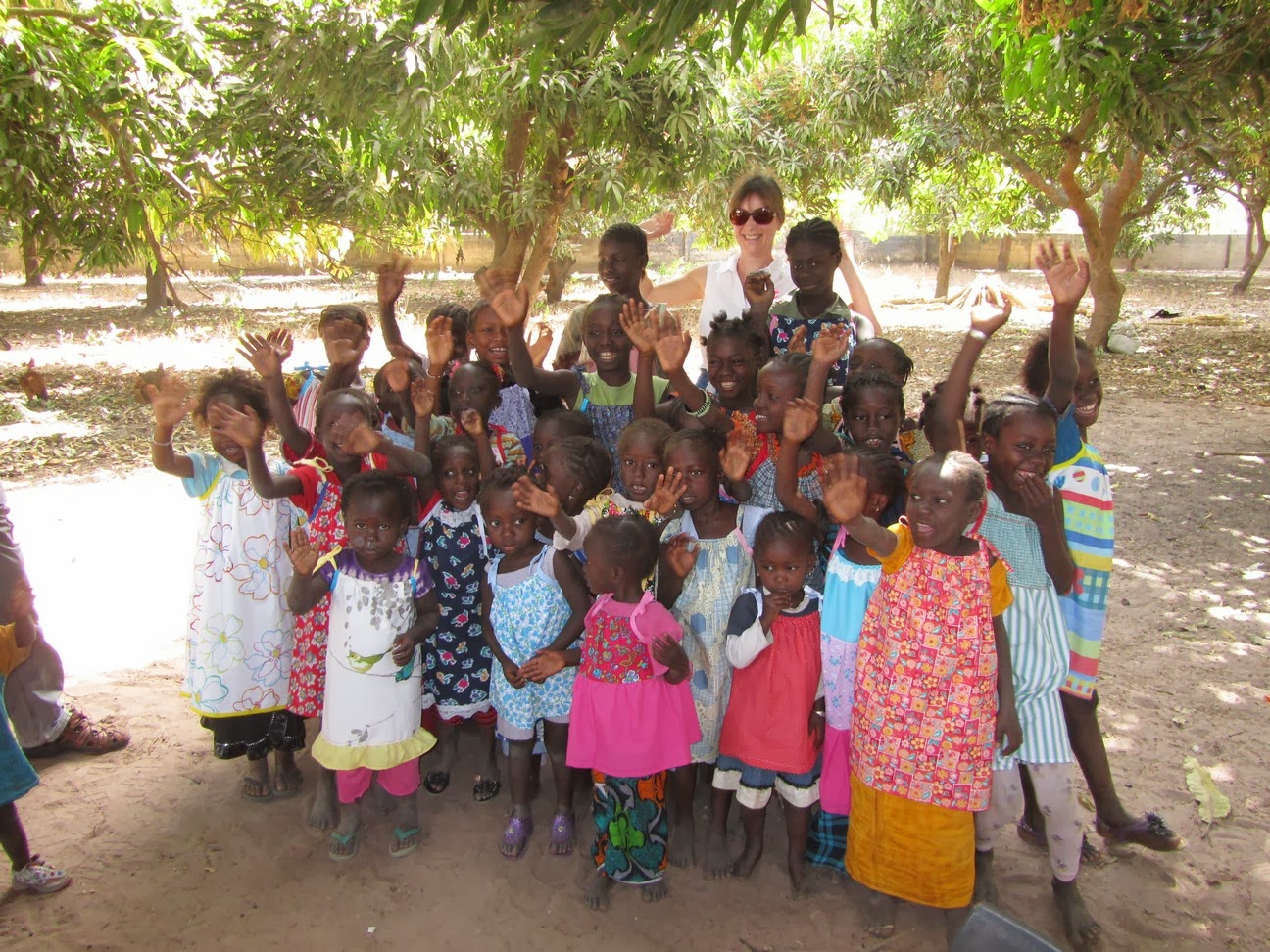 Mon 24 Feb
Kanikunda day!  A long day – we left at 6.30 am (VERY good packed breakfast from the hotel) and travelled along the south bank of the river for about 120 miles or so, calling in at Mayork SSS on our way to see our twin girls who are in their final year there.  We arrived at Kanikunda LBS at around 10am, were welcomed by the Headteacher, visited on-going projects and discussed new ones and delivered gifts of school uniform (donated by Willows Primary school) and exercise books (more ethical gifts) 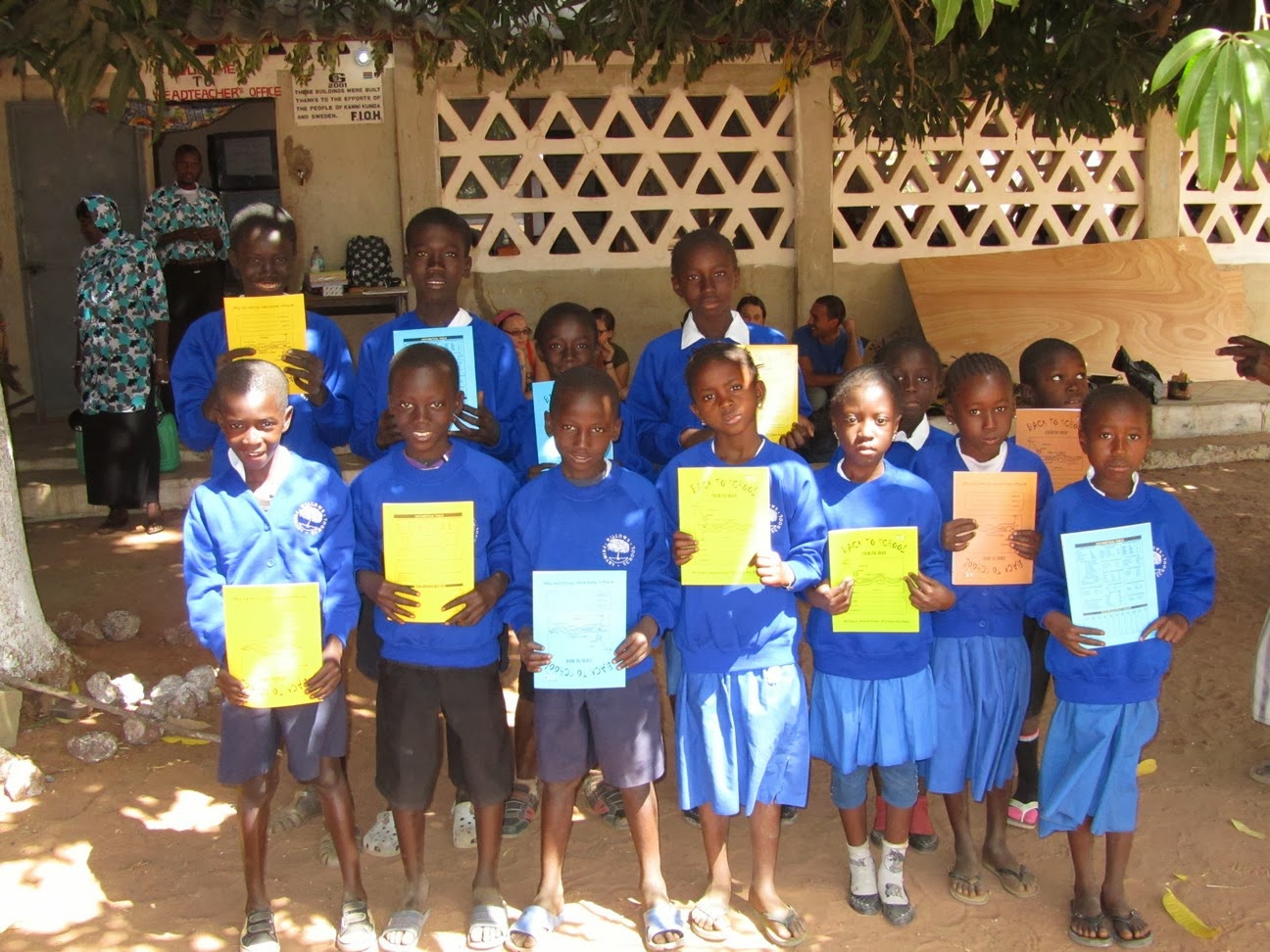 After that we went to the village to give out the mosquito nets and then went to visit Wonto, Wandifa’s sister, who had made us a delicious lunch of domada.  Then, on to Tahir SSS in Mansa Konko, three visits to families of sponsored children in Pakalinding and Soma (sponsorship payments to 8 children in all) and then home with a few stops to pick up firewood and charcoal – less expensive up-country than at home for Wandifa and Abdoulie.  Arrived back at the hotel just after 9.30pm, so managed to get supper!

Tue 25 Feb
SOS SSS, St Therese’s LBS, Sukuta UBS, Kairaba SSS, YMCA and GTTI – visited students and teachers at all these schools, checking up on payment of fees and delivering a few gifts. 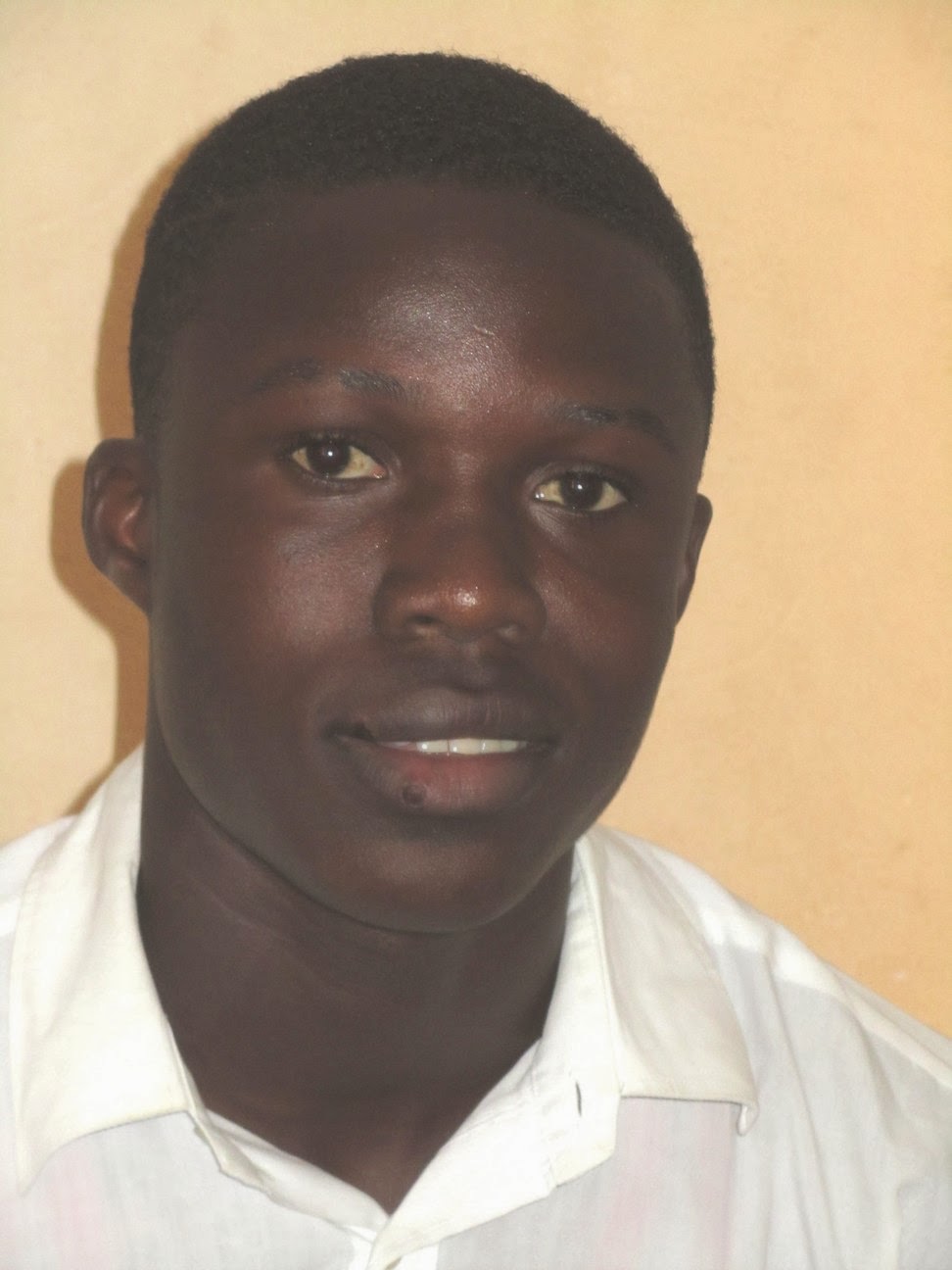 Wed 26 Feb
First, to RVTH prosthetic clinic to arrange fitting of Modou Lamin’s new leg parts – we needed to buy a few materials for the clinic to be able to fit it, so Abdoulie went to do this while we went back to Unity Nursery to see the children and the school in action and to take them a couple of toys.  Very well organised little school – we will certainly go there for a sports etc morning in April. 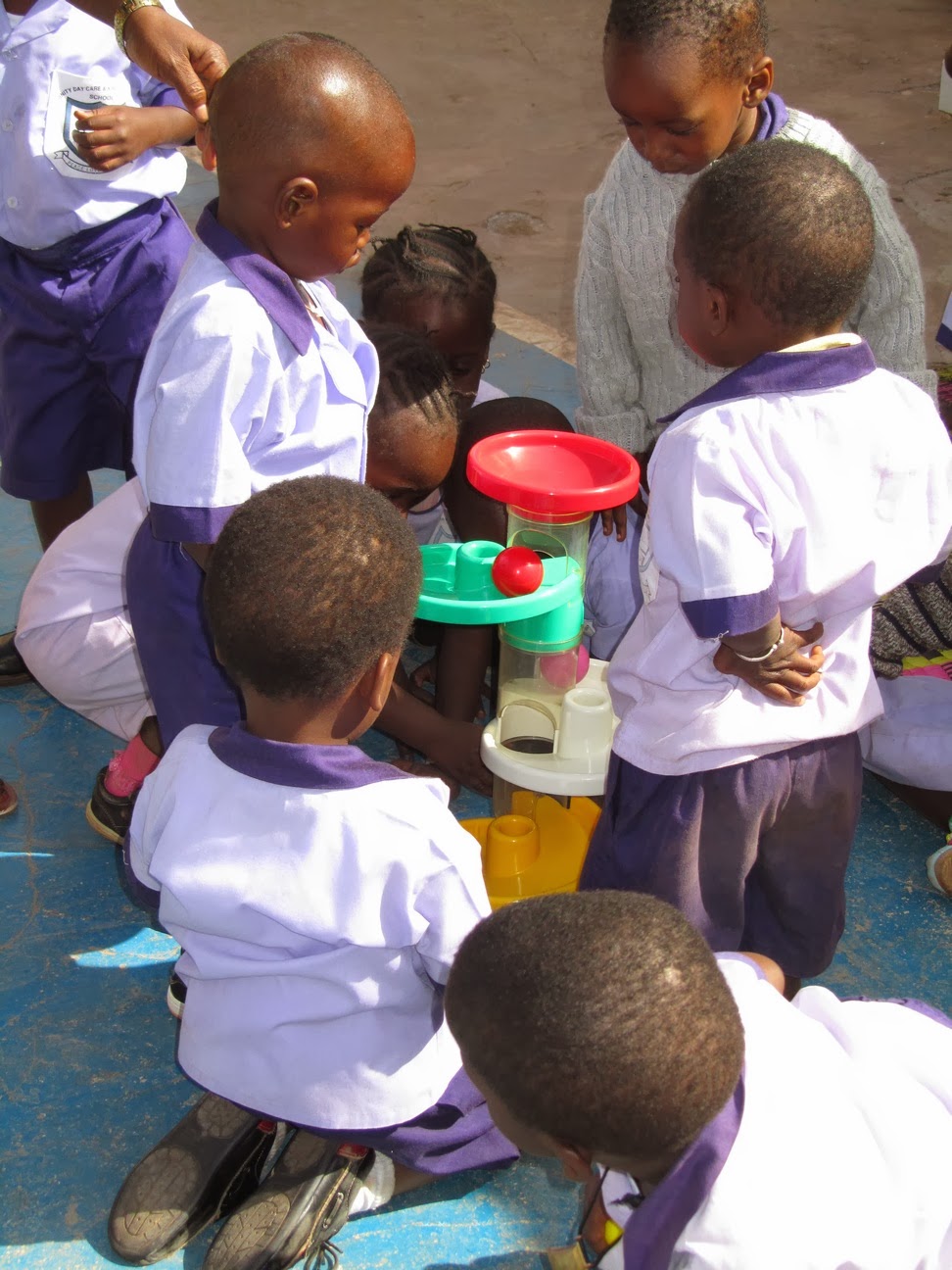 Visited a few students we had missed and then back to the hotel to start sorting out our room – no mean task!!  Final dinner at Billy’s – delicious!!
Thu 27 Feb
Packed up our cases AND the stuff we were leaving at Linda’s, paid our last bill, dropped in at Linda’s to leave stuff behind… and then to the airport.   Home via Las Palmas as we had to pick up more fuel, but at least it was a quiet night when we landed at Gatwick!  Until the next  time…..

Frankie, Rachel, Ellie, Caroline, Georgina, Ruth, Alice and Charlotte are all training hard for their 10K run on 22 March 2014.  Funds are starting to come in and we have already been able to buy some goodies (hoops, jumping sacks, bean bags, eggs-and-spoons, hoppy racers, soft balls and team bands) for sports events at several schools, so please keep them coming.
Frankie, Rachel, Ellie and Caroline will be coming out to The Gambia as part of our group in April, and, as well as some schools that we have visited before, we will be visiting a little nursery in Banjul which is a new one for us - Unity Nursery and Daycare Centre.  Some photos of the children there, taken during our February trip, are shown here. 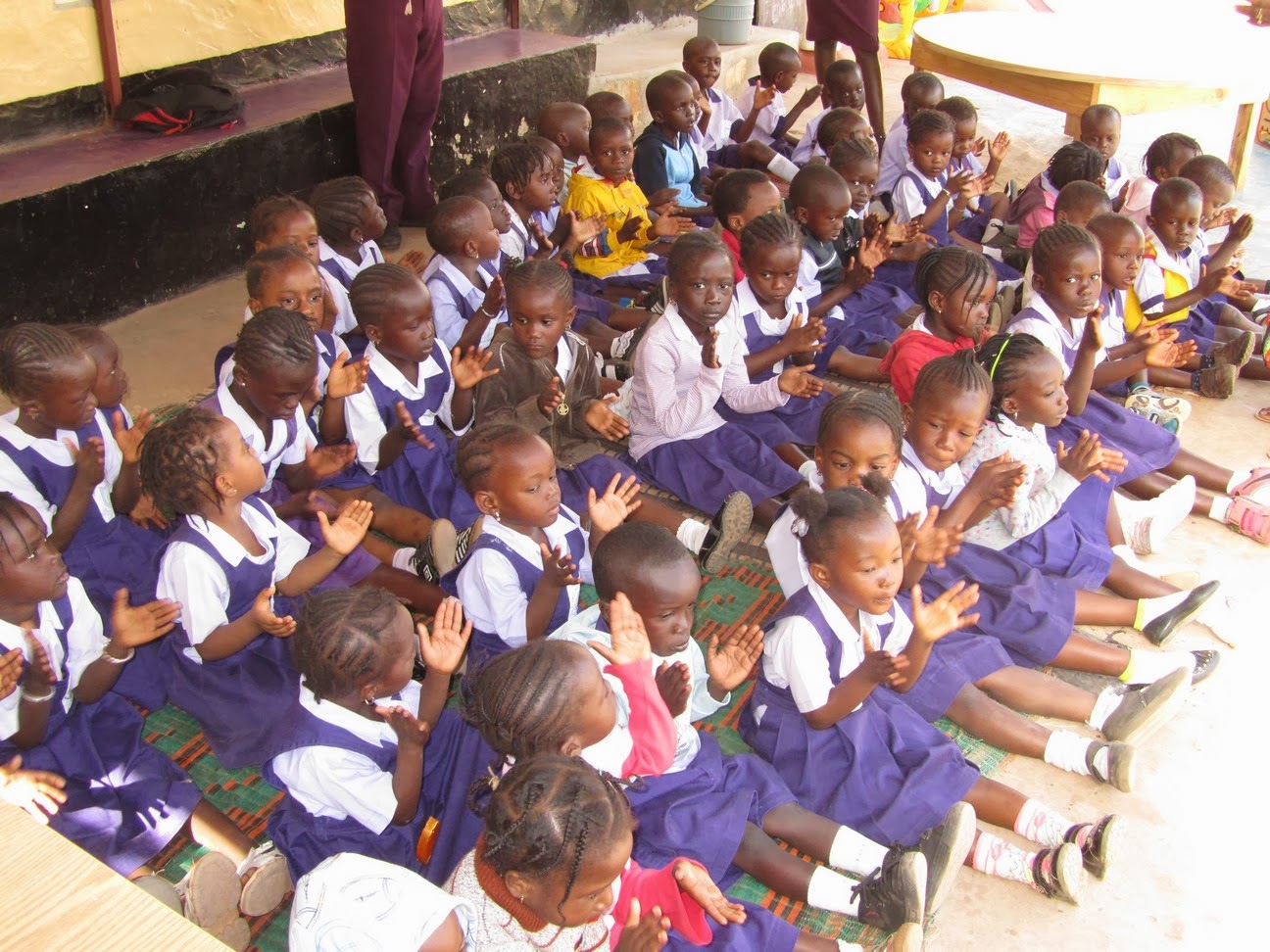 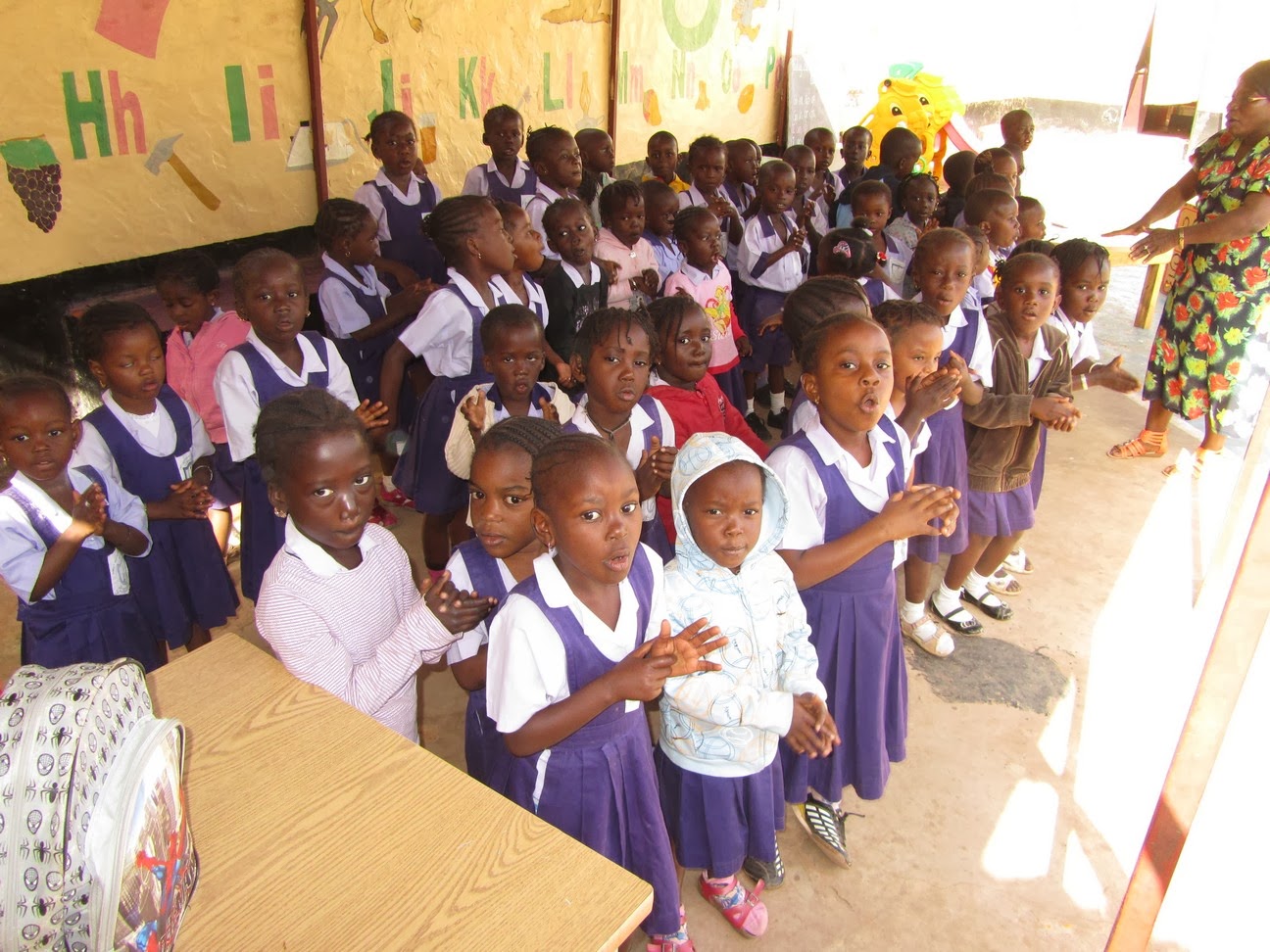 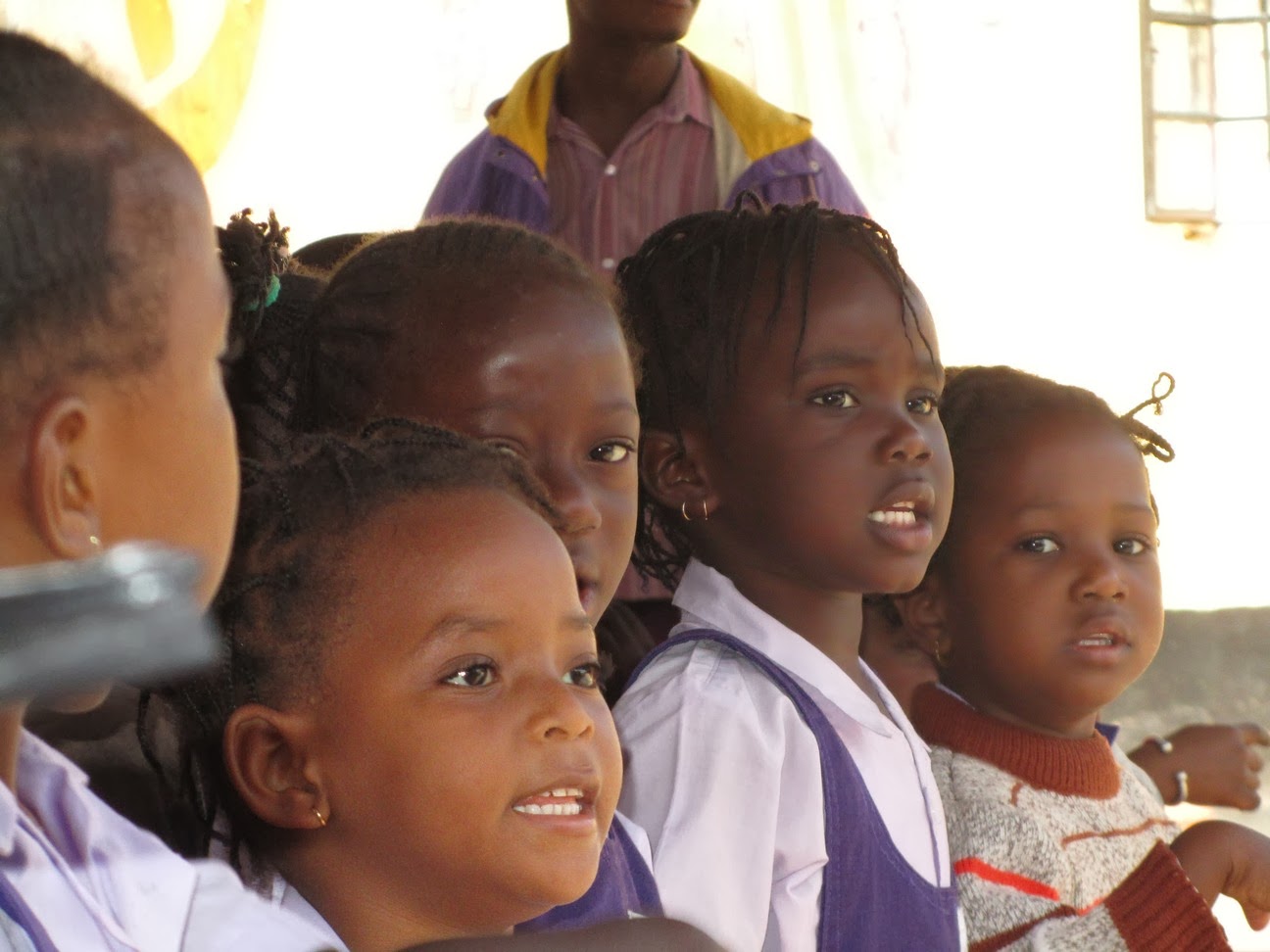 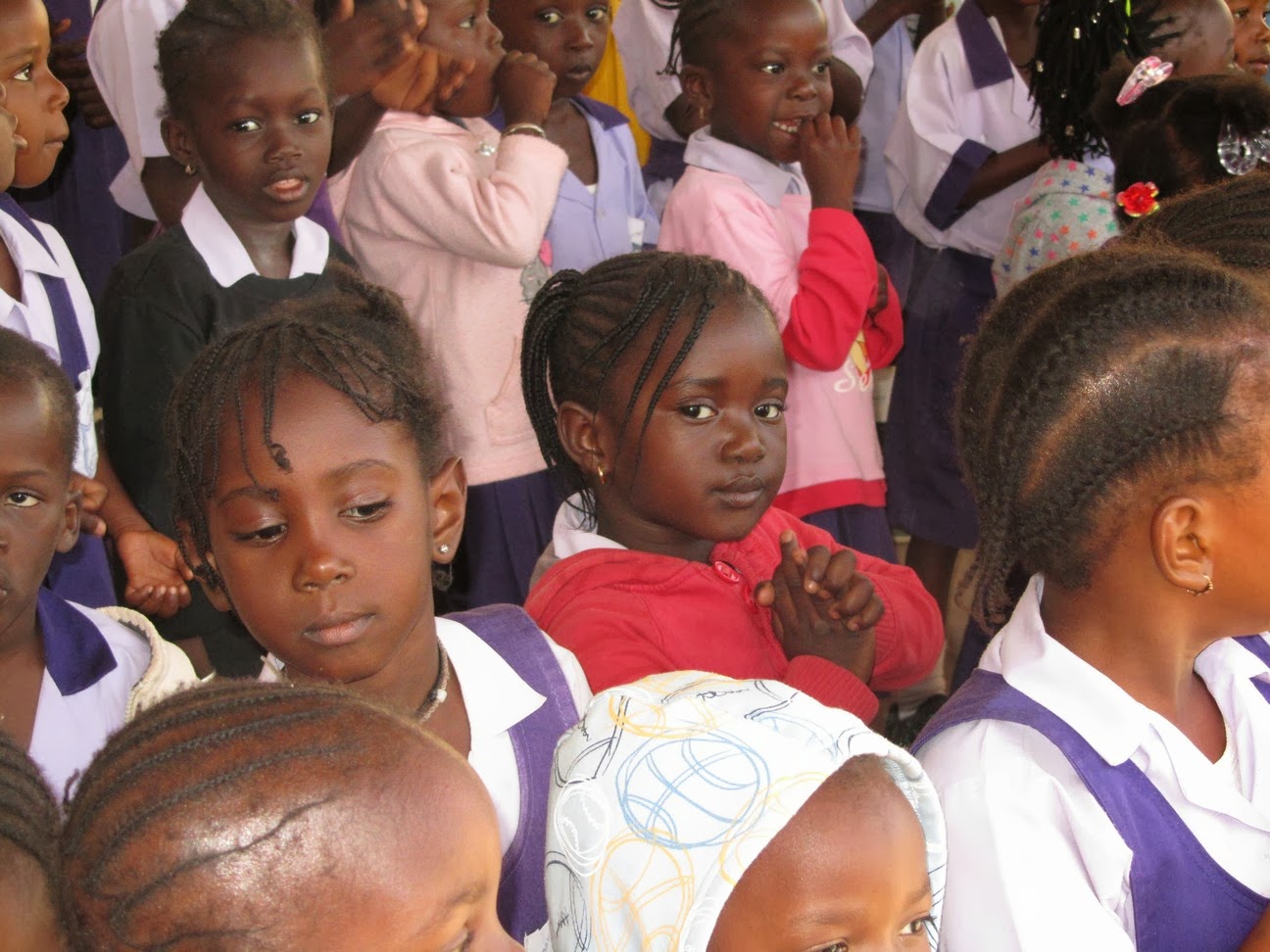 The photos above show the nursery children - the daycare children are below..... aaaaah! 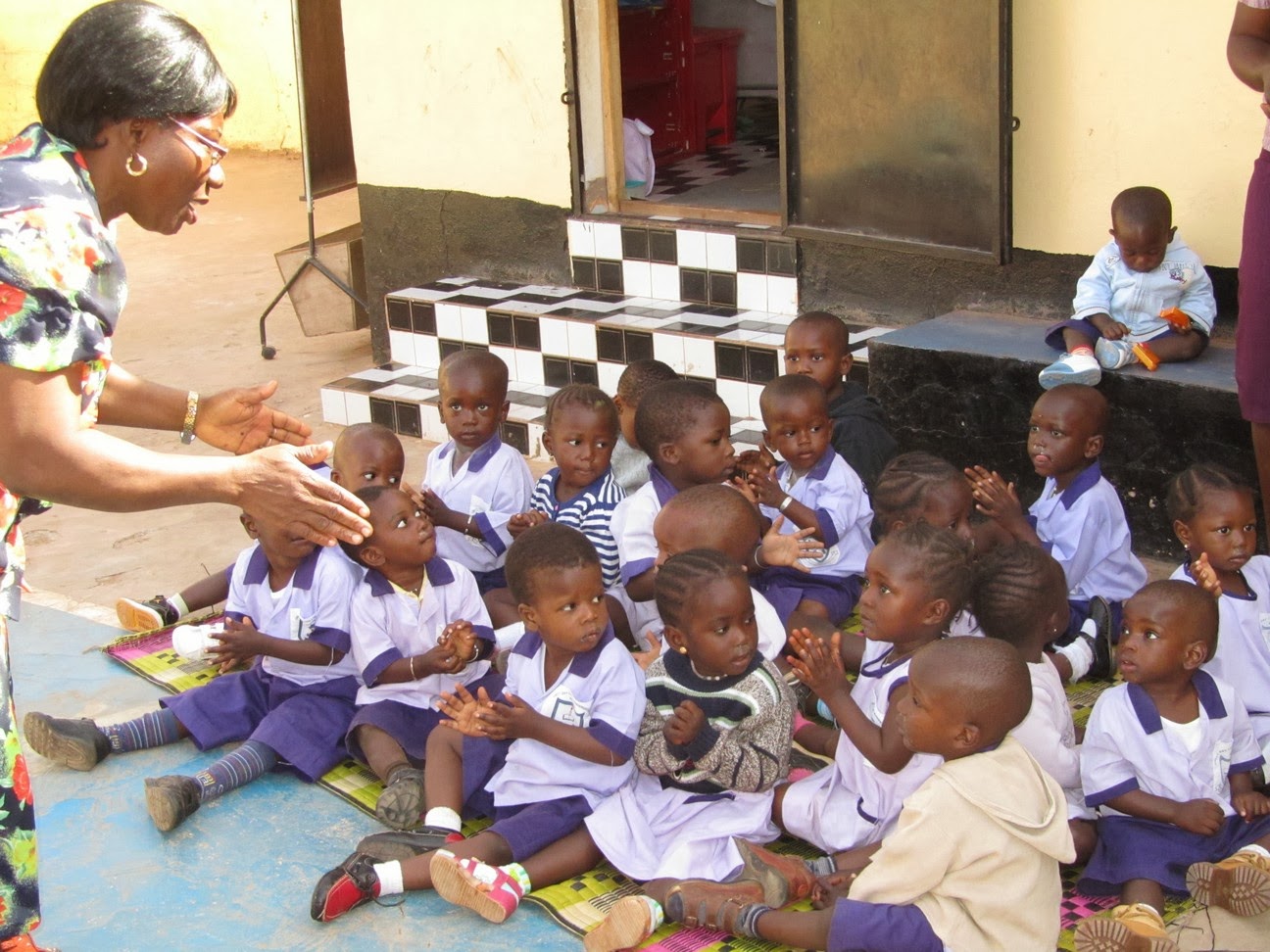 Please do continue to support the 'Pageant runners' - your help is greatly appreciated.