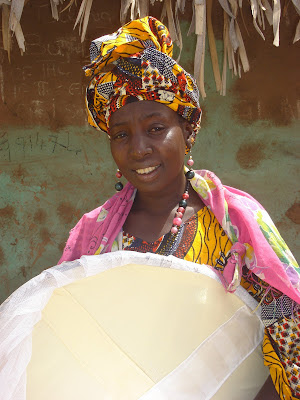 After four hours sleep we were loudly awakened by Ian crashing down the door of our hut. Without being able to see, we packed up back into the minibus for a six hour journey to a remote village called Jarreng. We travelled half the way on the north bank and then crossed back to the south bank - the reason why we don't do the whole journey across the south bank is because the roads are impassable! The roads were still very bad in places, and it was very bumpy which meant a few banged heads! We arrived at Jarreng Basic Cycle School to see all the sponsored children there - Frances' sponsored girl, Fatoumatta, ran across the school yard as soon as she saw us! 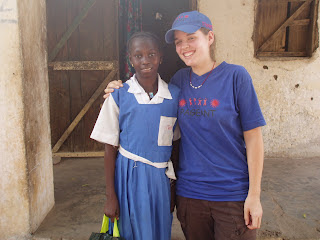 Afterwards we drove into Jarreng village to meet the children's families and to give out sponsorship money and gifts. This was also the first time Chris had met the boy he sponsors, Yusupha, and they got on really well! We found all the children well and they were all very pleased with their gifts. We also gave out the PAGEANT gift token items which we bought earlier on during our stay, to the people whom Yankuba thought needed them the most. The mosquito nets went to the pregnant women, and the cooking pots and serving bowls to the poorest families. We were given lunch at the village before we set off back to our guest house. After a few mishaps, including a puncture (luckily a new tyre only cost D160 which is about four pounds!), smashed wing mirror and cows falling in the river, we arrived back ready for bed. 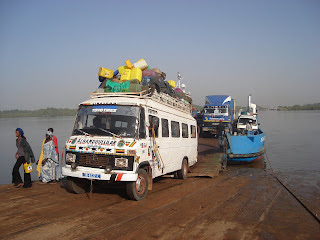 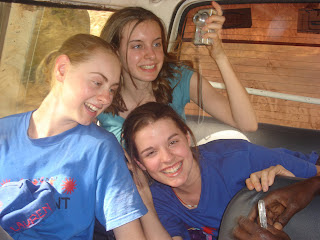