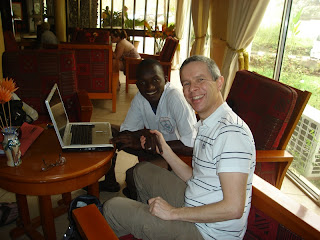 Not too early a start (Ian and I were let in gently). Before leaving we met a quiet boy in school uniform who had come to show Pippa a painting he had just finished. After year 12 his hope is to take a multimedia and technology course because he is good at graphic art. We decided to give him the laptop I had brought out (kindly donated by – well you know who you are). Here he is with me.

He was nearly in tears having no idea this was coming.


The rest of the day was spent visiting schools and sponsored children in the Kombo (south of Banjul and behind the coastal tourist strip). 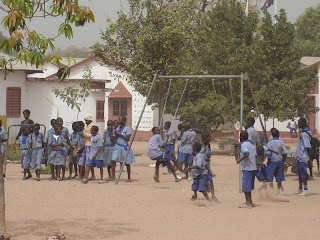 Since my arrival there has been a constant sandy haze which has kept the temperature at an almost chilly 29C. Showed some students at Tujure photos of our garden covered in snow-they were quite amazed.
Earlier start tomorrow – off to Brikama to check out the set up for the science workshops starting Saturday. 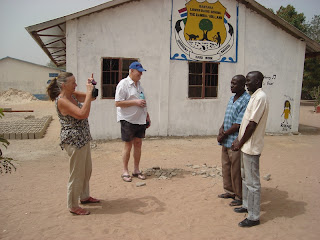 Finally can you spot the novel adaptation of the horn in this photo? 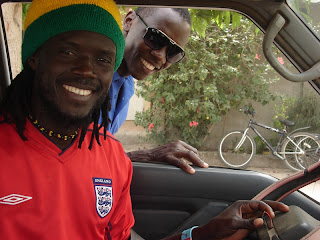