As I was writing the previous two blog entries I felt that I must say a personal heartfelt thank-you to all three young men - Gavin, Tim and Laurence - who did so much today in support of Pageant.
Your efforts will be enormously appreciated by our students and schools in The Gambia - we find that these Gambian people are always amazed that people such as you, who have never met them, nor even been to their country, should spend so much time and effort to raise money on their behalf.
So, as they would say, 'A baraka bak' and 'Jere jef' to you all. 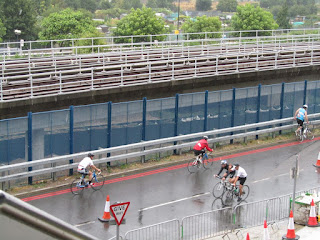 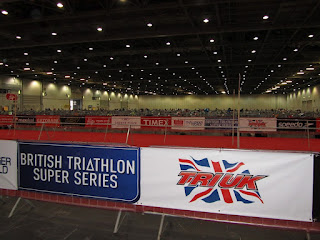 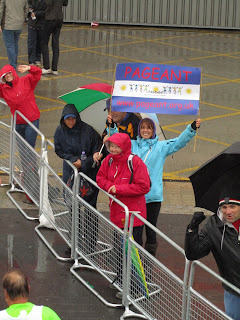 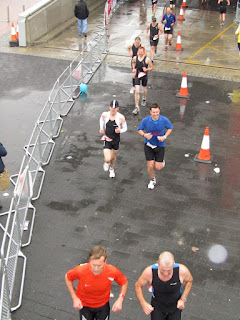 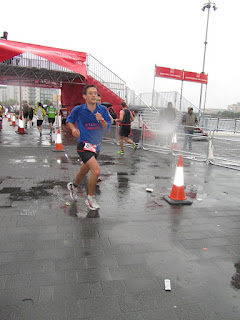 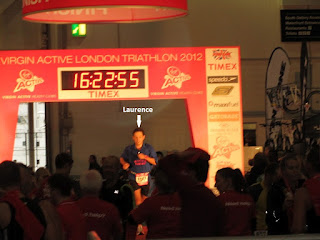 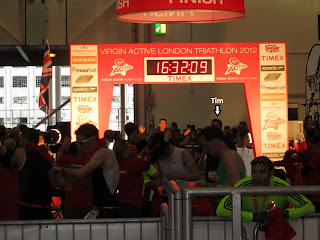 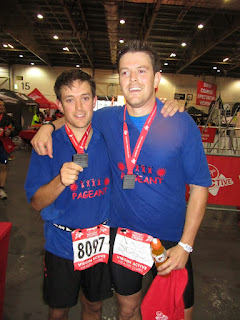 
"I am very proud to have nearly broken 90 mins!!  I hadn't thought that goal was particularly realistic and neither did many of my compatriots but I made a fantastic time of 91:33mins putting me in 86th place out of 1597.  By my calculations, faster than 94.6%!

The weather was inclement to put it lightly.  Those PAGEANT T-shirts are quite absorbent! ;-)  I certainly didn't need to worry about overheating, which was a Godsend, actually.
Many thanks to you and PAGEANT for having a big part in my inspiration to complete the half marathon in a fast time.  I probably would have aimed for a respectable 120mins otherwise.  Now I feel confident that I have started something."

Gavin was supported on the day by stalwart Pageant member Mo Dawkins, who came out and braved the cold and the wet to say a very friendly hello - photos were taken and will be added to this blog entry once I get them from Mo!

Mo's photos have now arrived - see below.  Also, note how dark Gavin's Pageant T-shirt was at the end of the race (3rd photo) compared with when it was dry (last photo)!!! 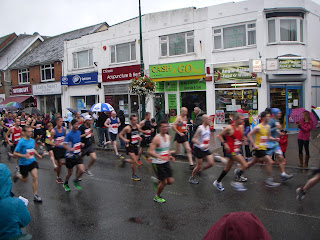 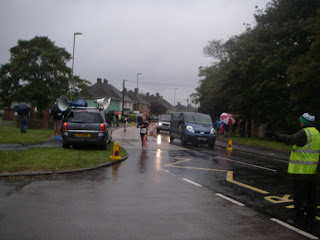 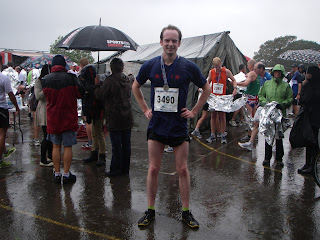 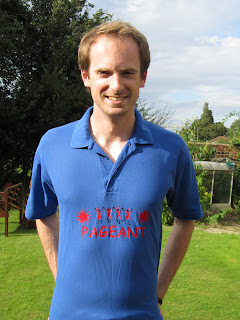 
This coming Sunday, 23 September, three young men will be straining every muscle to raise money for Pageant:
It's not to late to add to their fundraising totals and help Pageant's work in The Gambia. On both of their pages (see links above) you will find a button which takes you to an online donation page. Please be generous!

Seeds for The Gambia


The 2011-12 West African drought resulted in severe crop failures in The Gambia, with an overall reduction in production of about 70%. In some villages the harvest failed completely, and even where a harvest was gathered, there was only enough for about 2 months' food. Normally the farmers are able to provide food for 4-6 months before the villagers need to purchase from outside. Prices of locally produced food soared, and large increases in world food prices mean that imported food is also very expensive. 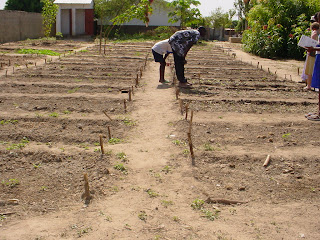 The drought has also reduced the availability of seeds for planting future crops and here we may be able to help. A few years ago, a number of schools and churches used their Harvest Festivals to collect packets of seeds to send to us, for Pageant to take out to The Gambia. Harvest Festivals mostly happen about mid-September, and the best time for sowing vegetable seeds in The Gambia is after the rains have finished in October. This coincides with the regular visit of the Pageant team, who can take out the packets of seeds. So if you are associated with a church, school, scouts or guides group or similar, you still have time to organise something. Also, if you are visiting a garden centre, look out for packets of seed being sold off cheap at the end of the UK sowing season. The most popular seeds to send to The Gambia are tomatoes (specially the large ones), onions, carrots, cabbage, lettuce, aubergines, peppers, parsley and courgettes. 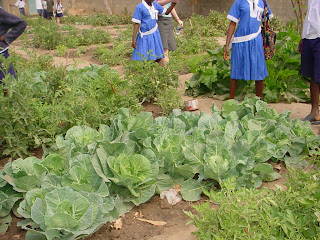 a school vegetable garden with some healthy vegetables

Most Gambian schools have vegetable gardens, which not only serve as teaching aids, but also supply produce for the school kitchens - helping to feed the children. 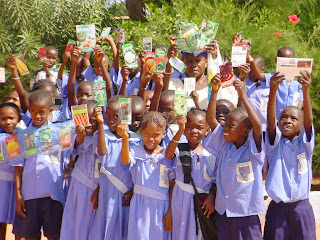 children with donated packets of seeds

If you can collect any packets of seed, please send them to:
Pippa and Ian Howard,
Old School, Worthing Road,
Southwater, Horsham,
West Sussex. RH13 9DT.
The packets will be taken out when the Pageant team next visit The Gambia towards the end of October. These seeds will be of immense value to both school and village gardens, helping to alleviate the effects of the food shortage in these communities.
Read this story on our website