Day 11 - all Christmases came at once!

Our last full day was certainly a busy one! We headed off early to the women's group at Brikama, stopping at the GTTI to see Fax, founder of Humanity Nursery School, on our way going (Gambian lingo!). With Fax we discussed his latest project ideas for the school and the progress of the PAGEANT bus which is set to be out of action for a while until a good gear box comes along (4 have been tried already!)

We arrived at the women's group where Pippa and Fatou explained all about the new loan scheme in English then Mandinka. The 6 chosen women then presented their business proposals to the rest of the group and asked for their support. Their ideas included selling soap, washing powder, wonjo ice and palm wine. After the women's group we stopped at a local market to go in search of rice sacks and mosquito nets. Ellie and Frankie managed the 50kg bag of rice between them which they were quite proud of... However shortly after a Gambian lady strolled past carrying her baby on her back, heavy buckets in her hands and a 50kg rice sack on her head!! We will have to practise this next time!

The market was an amazing sight... Full of vibrant colours and fascinating sights and sounds. As usual it went on for rows and rows. Eventually we found some mosquito nets which passed the Wandifa test so we headed back to the van with our goodies. On our way we stopped to buy dictionaries as prizes for a school to give out on their prize giving day, as well as oranges for our lunch! Then we called in to see Baba, Wandifa's brother. He showed us his wedding material as he is due to get married at the end of the month. All 300-400 guests will be dressed in similar material - we can't wait to see photos!

Next it was the moment we had all been waiting for... Earlier in the week we had come across a family in total despair. They had recently lost their father, leaving the mother and grandmother to feed more than 10 children in the compound. We decided to help out, starting by giving them 2 family sized mosquito nets to protect the whole family at night. The grandmother was delighted with these as she wasn't expecting anything from us! Next we surprised her with the sack of rice which will feed their family for more than a month! Again there were smiles all round. Finally we had one more present to give to her... Before we arrived with her we had struck a deal with the family across the street to buy two goats for her family. Yankuba lead the goat negotiations and we managed to get a good deal which would also help their family to complete work on their roof which they had been struggling to find money for... While at the compound Caroline, Frankie and Ellie had been shown how to make a mud block, Gambian style - we were pretty good but again, practise is needed next time!! Anyway, Wandifa explained to the grandmother hat us girls would like to show her the blocks we had made (he is such a tease!!) so we walked across the road to view the blocks! We surprised her with the goats and at that moment, she was certainly the happiest Gambian alive! All her Christmases had definitely come at once! The goats were transported (around shoulders!) to her compound to their new home. We gave out some footballs and small toys and hair bands to the children at the compound and then left them with their goodies... It was a pleasure to help such a lovely family.

On our way back to the hotel, we stopped off to surprise one more student with a netbook which was enthusiastically received! Ebrima was delighted with the netbook and, as a University student AND part-time teacher in an Upper Basic School, it will help him greatly with his studies and planning.

Back at the hotel we began the laborious chore of packing... Although it took us about 3 minutes due to our cases being so empty!! We then glammed up and headed to the Senegambia strip for our last evening meal where we were joined by Yankuba, Wandifa, Linda and Sainey and Alhassan Darboe. It was great to catch up with everyone - there were lots of laughs all round. Sainey produced his latest article in the local newspaper which would you believe included a feature length article about our 10k run!! We are now famous in The Gambia!!! The highlight of the evening was definitely singing happy birthday to Wandifa and seeing his face when his cake along with candles and sparklers appeared!! Happy (almost) birthday Wandifa!!! 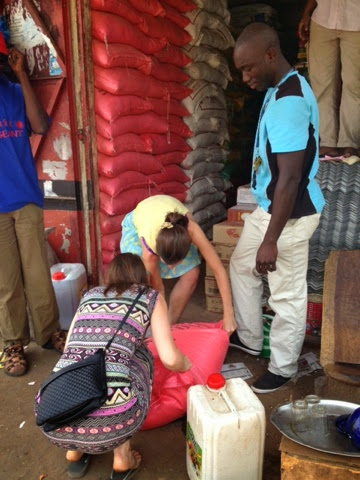 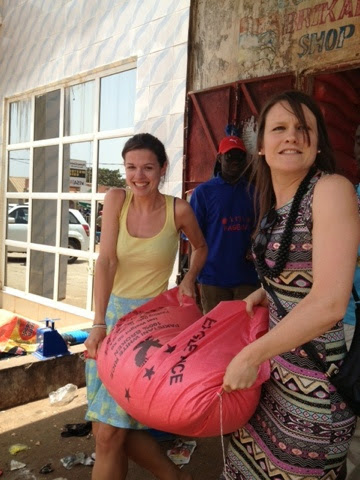 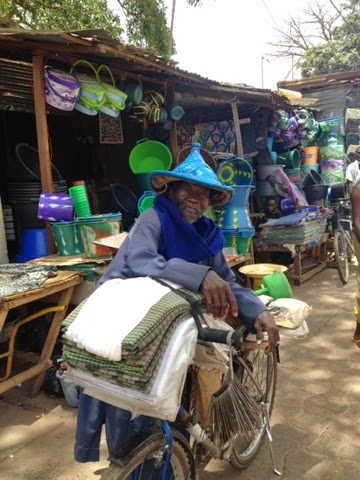 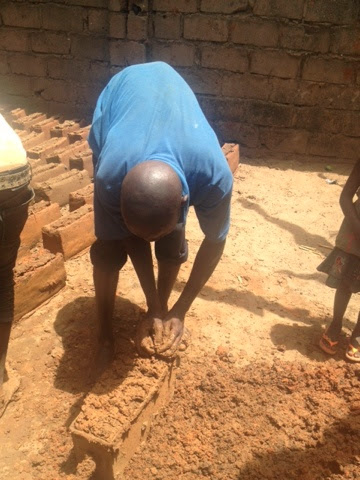 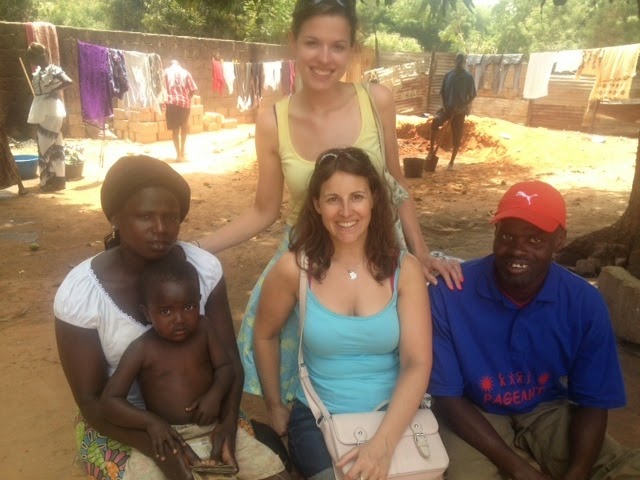 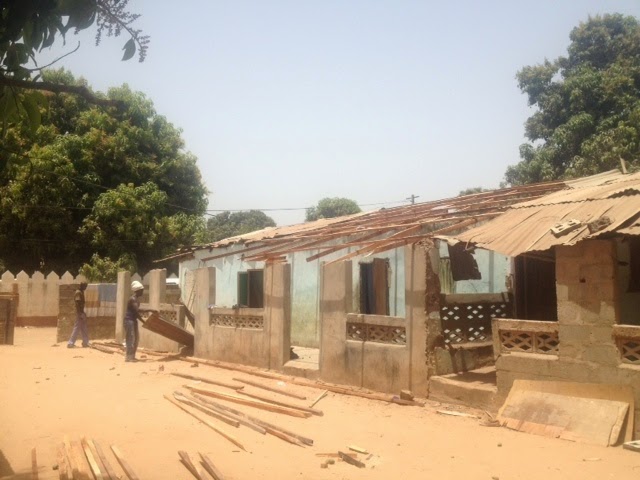 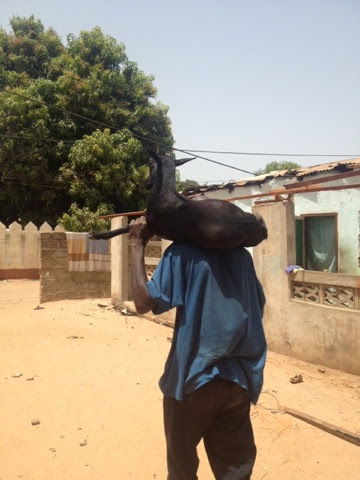 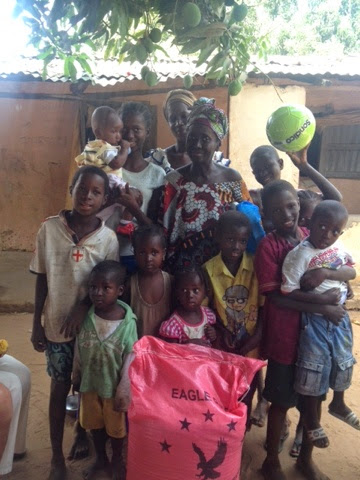 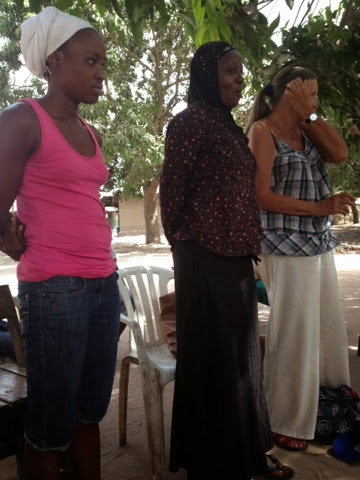 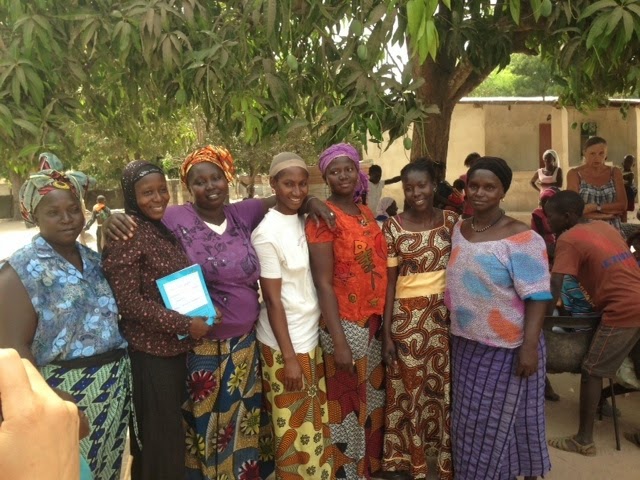 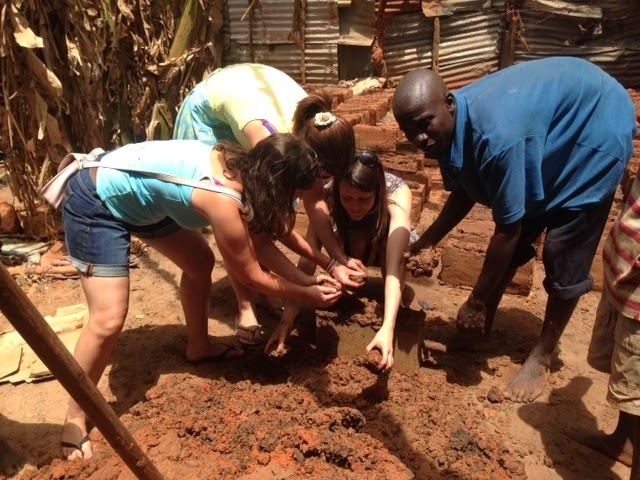 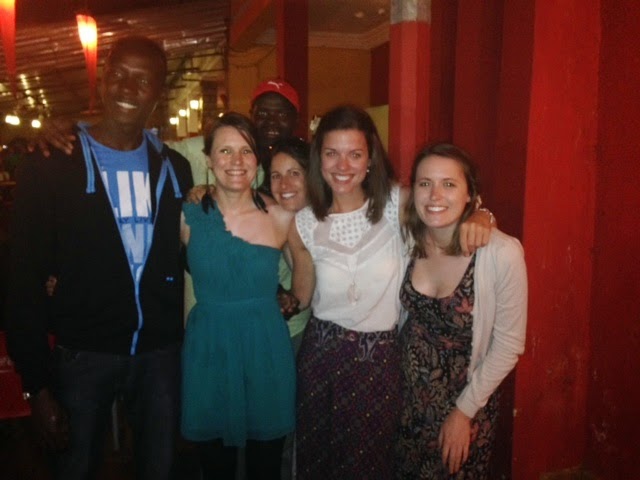