What an adventure! Today we left at 5am for our long drive up country. On the way going we collected and gave out several letter forms for sponsored children, including one boy who had one of the best reports we have ever seen! We arrived in Janjanbureh (formerly Georgetown), which is the furthest we have ever been up country, at about half past 10 (as ever, Abdoulie was spot on with timings!). Janjanbureh is on McCarthy Island, about an hour East from Jarreng, Yankuba's home village. We saw snakes, baboons and lots of birds on the way, as well as busy villagers, starting out their days.

We found ourselves a boat and off we went down the River Gambia in search of hippos. We were rather nervous due to discussions over the days leading up to our trip as hippos can be dangerous creatures. We had been told that pregnant women are not allowed on boat trips to see hippos as a hippo had once flipped a boat! However, as we didn't fear this, we decided to give it a go! The wildlife we saw was incredible! This is what we saw: colobus monkeys, vervet monkeys, Eagles, black and white kingfishers, a monitor lizard, vultures, weaver birds and their incredible nests, donkeys, African dada birds, hornbills, Abyssinian rollers, egrets, black and white herons and A HIPPO!!! We also enjoyed some delicious mango which was ripe due to the proximity of the river. The hippo was amazing to see and we were very lucky as many people go without catching a glimpse. 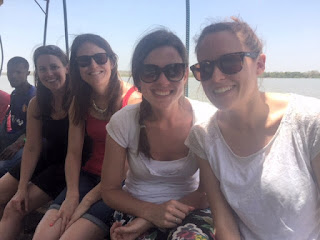 Caroline, Ellie, Rachel and Frances on the boat 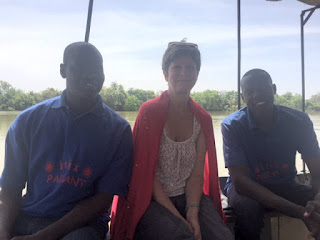 Wandifa, Tina and Yanks on the boat 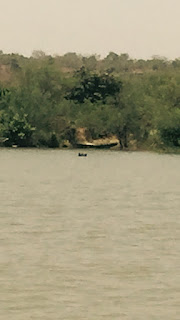 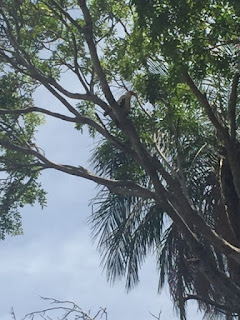 After the boat trip, Yankuba proudly showed us round his old Senior Secondary School, Armitage SSS, where we also met Lamin, a sponsored student currently studying there. We looked around the dormitories and grounds which were still the same as when Yankuba was there, apart from being rather run down.

Next stop was to Soma, to visit the health centre there, where a Pageant sponsored student now works. We delivered the gift token mosquito nets and buckets, as well as some clothes and children's toys to them and were met by some lovely ladies who's babies are in the centre to help them gain weight. They all seemed delighted with the gifts we had taken. 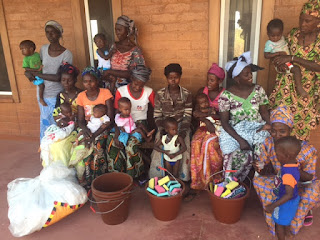 Mothers and children at the health centre

On the way back to the hotel, we collected another couple of letters and bought some firewood and mint for Wandifa. We arrived back at about half past 9, luckily just in time for some well-earned dinner of chicken yassa and butterfish. What a day!